Elements of a will: 4 the rules of the will

Elements of a will: 4 the rules of the will

Elements of a will: The scholars are unanimously agreed that the principle of the Elements of choice is permissibility, but it may be considered desirable, obligatory, hated and prohibited. The following is a detailed statement of the provisions with their cases:

The will is what the enslaved person does in his life to have a benefit after his death the choice, which is to donate money or its value to other than the heirs after his death, such as presenting a specific capital, or a house, or a car, or otherwise, and the will was obligatory before the revelation of the verse of inheritance.

The choice is copied to the heir in the poetry of heritage, and the elements of a will work maybe for one of the relatives or others.

The will for non-relatives is permissible by the consensus of scholars; whether it is for a group of people, or a specific person, or for something that does not belong to relatives, such as building a mosque or digging a well, as for relatives without The heirs, the legacy is legitimate for them; For God Almighty says:

As for the inheriting relatives, their share of the heirs is predetermined in the verses about inheritance, and it is not permissible to bequeath them to them, as the Messenger of God, may God’s prayers and peace be upon him, said:

Because they are the reason for preventing the execution of the Elements of a will, if they allow the increase, it is implemented, and what is considered by the permission of the heirs are the adults, but the fool and the insane have no right for his guardian to authorize the Elements of a will on his behalf; Because that is equivalent to a donation, and there is no donation of money from one who is not of sound mind.

The rule of the will

And it is when the deceased bequeaths money to be spent on charitable causes and ways of benevolence until his reward reaches him after his death, and that is if he has a lot of money, and his heirs are wealthy, and it is what is approved and authorized by Sharia, taking into account that it does not exceed the limit of one-third of his money,

It is the commandment with the rights and duties that he owes. He was negligent in performing them, whether these rights and responsibilities are related to the right of God Almighty, such as zakat he did not pay, or a pilgrimage he did not perform with his ability, or these rights and duties were related to the right of humans; Such as paying trusts, returning rights to their owners, paying debts, and making a bequest for relatives who are not heirs if they are poor and the testator is rich.

And it is if the heirs are in need, and the testator does not have much money; it narrows them down.

The endowment is prohibited if it exceeds one-third of the money. This is due to the prohibition of the Prophet – may God’s prayers and peace be upon him – from that, unless the heirs agree to it; Because this is equivalent to a waiver of their rights, and it is forbidden if it is for one of the heirs unless the rest of the heirs allow it as well. However, the testator must be keen that his will be within the limit of one-third, or less, even if the heirs allow it, so as not to be attached damage them. 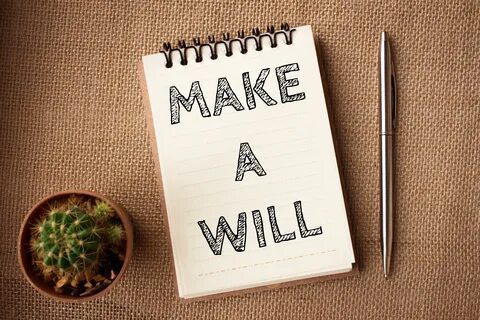 They will consist of four pillars, and the following is a detailed statement:

Read More: Inheritance tax levels: What is their value?