The Secret of Trademark license

The Secret of Trademark license

A license to use a Trademark license can be defined as a contract whereby the trademark owner authorizes one or more persons to use it, whether it is related to a single product or a group of products.

It is understood from the previous definition that franchising is much more general than licensing the use of trademarks; The first permit the grantee to have everything related to the brand, including technical know-how, methods of operation, and various information, including confidential information relating to this Trademark whose trademark rights, are being obtained.

As for Trademark license, it is just a license that allows you – as a grantee or holder of the right – to use this mark, meaning that this license is much narrower than franchising; Whoever obtains a franchise contract for one of the trademarks can enjoy all the rights of its commercial franchises.

In any case, it should be noted that the franchise contract must include two things: the first is a license to use the Trademark that is being contracted, and the other: is the provision of technical knowledge related to this Trademark itself. For this reason, franchising was more general than licensing. The latter is one of the requirements and implications of the franchise contract.

But this does not negate the importance of obtaining this type of Trademark license, nor does it diminish it. Let us remember that the amount of benefits received is directly proportional to the obligations that must be adhered to. 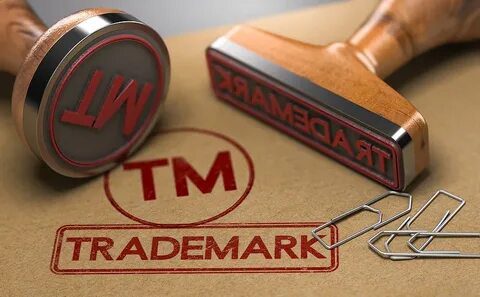 Here it is a little different; As everything related to the Trademark, the license will remain the same except that the owner of this or that Trademark will delegate another person to manage it and carry out every matter related to it, as well as to replace the trademark owner, in signing contracts and deals, marketing products…etc.

It is clear from this that the commercial agency license is narrower and more specific than the license to use trademarks; Nothing changes except that the trademark owner does not perform his duties personally but instead assigns someone else to it.

However, it should be noted that all of these previous formulas are legal forms and forms, and they all fall under the umbrella of the franchise system in general, except that the difference between them lies in the quality and amount of authority granted to the grantee of the commercial franchise or the licensee to use a trademark.

Trademark license, leasing, or leasing intangible assets. It is the process of establishing and administering contracts between the trademark owner and the firm or individual. They want to use the Trademark in connection with a product, with a defined time and location agreed upon. Trademark owners utilize licensing to extend a mark or character to items of a completely different type.

In patents and trademarks, brand licensing is a well-established company.

There is a rich history of Trademark licensing in American business, beginning to increase with the advent of mass entertainment, such as films, comics, and later television. The popularity of Mickey Mouse in the 1930s and 1940s led to a proliferation of children’s toys, books, and consumer products, none of which were manufactured by The Walt Disney Company.

The disadvantage of trademark license

We want to say here that the franchise system has some disadvantages that should be taken into account when signing a commercial concession contract. Until the experiment bears the desired fruits, we get all the advantages from the Trademark license, or at least, as many of these advantages as possible.

Below is an indication of some of these shortcomings:

Having a Trademark license system indeed has a lot of security; Everything is calculated and considered and predetermined, and therefore all risks will be safe, but, if we look at the other side, we will find that this means a limit to creativity and a stone to freedom of decision-making.

So, franchising a project has clear benefits, but if you want to engineer everything in your startup according to your whims and visions, then this system is not suitable for you.

As an entrepreneur or startup owner, the Trademark license company does not provide you with advice, services, how to work, etc. for free; This is not logical at all, and the logic of “business” does not apply to it, so it is doing all this to get a part of the profits that the franchisee will get.

If we assume that the franchisor wanted to transfer the ownership of the project or sell it to the highest bidder at one stage of the project, can he do that?

Of course, he can’t. The terms and conditions of the commercial concession contract often prevent him from doing something like this, not to mention that many agreements are favorable to the companies granting their commercial rights. Therefore, focusing on the terms of the franchise contract is very important, and you should think about it carefully before going into this experience.

As for the second party (the licensee), which is also called the transferee, the recipient, or the lessee, it may be a natural or legal person who wants to obtain a license that allows him to use the well-known Trademark owned by the first party (the licensee) as well as the right to obtain the rights related to this use as technical assistance.